In a world that is increasingly catching up with the latest dietary trends, we take you back to our roots, reminding you of dietary practices which have sustained Bharatiya civilization and humanity since centuries.
By Bansi Gir Gauveda 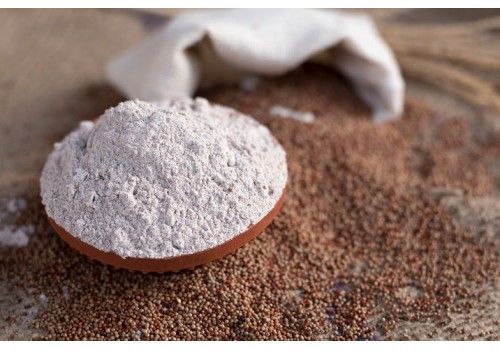 When did Ragi originate?

Ragi (or Nachani in Gujarati) has been consumed by people in Bharat since over 4000 years. Across the world, Ragi is relatively less known, except in certain African countries. According to one study, Ragi could be one of the secrets of robust physique of people in Sudan and Uganda despite eating only one meal a day. Ragi is seldom attacked by pests, hence its cultivation and storage does not need any pesticides.

Ragi was once a popular food among the people of Bharat, but is fast disappearing with the onslaught of modern lifestyle where people have become more dependent on wheat, maize, rice and lentils for their calorie requirements.

Though in percentage terms certain varieties of Ragi may contain about the same proportion of protein as rice, its protein content is considered unique. The proteins contained in Ragi, such as eleusinin, tryptophan, methionoine and cystine are more bio-available (meaning they get absorbed in the body much faster), not found in adequate quantities in most other cereals and are considered essential for human health. A 100 gm serving provides 328 kcalories of energy, 7-8 g of protein, 3.6 g dietary fibre and 2.7 g minerals. Other benefits of Ragi -

1)   Great for kapha dosha – As per Ayurveda, Ragi is great for people who have a kapha prakriti, but it may increase vata and pitta dosha if consumed in excess amounts. It also increases body heat, and may be ideal for consumption in winter though it may be consumed in moderate amounts throughout the year.

2)  Great for bones – Ragi may contain 5-30 times more calcium compared with other cereals. Instead of calcium supplements, one may consume Ragi daily in case of a deficiency in this important mineral. Ragi may be combined with Jav (barley) or wheat to reduce its heating effects and tendency to increase vata and pitta.

How to cook Ragi

Ragi can be used as a flour to make delicious roti’s, halwa, idli’s, dosa or uttappa. Whole grain can be used in sprouted or boiled form to make khichdi, porridge or halwa.

Read Next
Superfoods of Bharat: Bajra - what makes this grain so special?